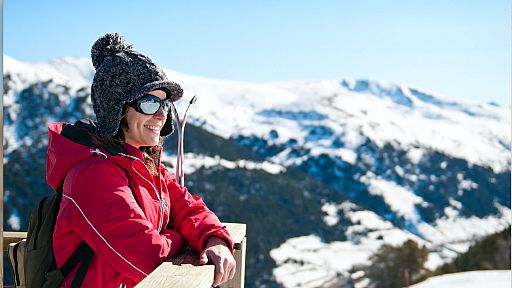 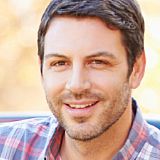 When sunglasses were first invented they were not to help protect your eyes or even for their good looks. They were actually invented so a roman emperor could watch gladiators. Another early use of sunglasses was for interrogations in China over 500 years ago. Also, judges in China wanted to hide their facial expressions so they would wear shades so the witnesses could not see their reactions.

In the 18th century sunglasses saw a change. James Ayscough began experimenting with tinted lenses in spectacles. When Sam Foster introduced the shades to America in 1929, they became an instant hit.

Different from their predecessors, these glasses were designed to protect their wearer's eyes from the sun. Lens polarization soon followed thanks to Edwin Land who utilized his panted Polaroid filter to make sunglasses. Sunglasses sure came a long way from the Roman and Chinese roots.

So what is the Big Deal about Polarized Glasses?

Upon striking the water or any reflective surface, light becomes polarized. Nearly all of the light waves in polarized light move in one plane. Normal light waves move in many planes, while polarized lenses allow only light in one plane to pass through the lens. Thus polarized glasses nearly eliminate the glare.

Although sunlight is not polarized, water's surface reflects and transmits the separated components. The light literally breaks into the vertical and horizontal component, with the horizontal component reflected first. To nearly eliminate the glare, engineers designed a vertically polarized lens. The sun's height also affects polarization. Fishermen often wear polarized glasses with filters to help block the light reflected by the water's surface. Thus they can see under the surface of the water.

Can polarized glasses really work against the sun and get rid of all reflections?

No, these sun glasses eliminate parts of the reflective light and thus reduce the glare.

Should people who like to fish think about purchasing polarized glasses?

Reflective surfaces, like the water, reflect a great deal of light, and thus the bright spots can distract the fisherman or even hide objects, like the fish. Good sunglasses will eliminate the glare with polarization. Natural or artificial light can polarize. Anytime you look at a lake or river, you are seeing naturally polarized light. The reflected glare off the water is the light that doesn't make it through the "filter" of the water, and thus you cannot see anything below the surface, even when the water is clear.

Polarized light results from light striking the surface of the water horizontally. Fishermen wear polarized lenses that allow vertically polarized light to enter, and thus he can see into the water and spot fish and structure.

It is important to buy glasses that you feel comfortable with. You should not purchase polarized glasses just because they say they are better. But the truth is that normal sunglasses merely decrease the intensity of all light passing through their lenses. Polarized light also decreases light, but it does so selectively. Thus the polarized lenses selective eliminate the reflection from the light off the water's surface.

Polarized glasses are great for a variety of outdoor sports and projects. They are great in the winter, summer, fall, and spring. You really do not need to buy any other sun glasses if you own a pair of polarized sun glasses.

If you are interested in purchasing a pair of polarized sun glasses the Internet is a great source of information. You may even find a few good sites to make your purchase from.

There hasn't been any users whom have commented on this entry yet.
Be the first one!